“Would highly recommend Aaron and his team at Medelec. Super friendly, easy to work with, a great experience and a hands-off, stress-free build.  Easy communication and great follow-up post-project completion.  His team is still there to help us from our first build together more than 10 years ago.”

This project gave us the opportunity to work with Dr. Adrian Sue and the team once more after assisting them with their two previous practices. Having first connected in 2012 and then again in 2015, it is safe to say we have a wonderful partnership in place for project number three and beyond.

Located in the sought-after Heathridge Shopping Centre, Adrian wanted this new practice to be warm, inviting and modern. The new rooms are lucky to  have an abundance of beautiful natural light and we focused on harnessing this feature and complementing it with well-designed internal lighting features. This project also had the Medelec team working alongside well-known Perth architect, Nicola Gibson, on a fantastically designed project.

When looking for a team to take on the job of their third practice, it was an obvious choice to contact Medelec. For Adrian, the priority was to get an experienced and efficient team who would be able to drive the job for themselves and bring the vision to life alongside the other contractors involved. Following the success of the previous two projects (Banskia Grove Family Dental and Perth Central Dental), the Medelec team has built a relationship with Adrian based on trust, which allowed for a truly autonomous environment.

​”I only met them twice, once to say hello before the job started, and once to say thank you at job completion.  They worked autonomously with our builder, IT team and architect to a very high standard, and they had my complete trust throughout the entire build. Electrical and data cabling was exceptionally clean, organised and tidy”

As with any job there were some challenges that centred around the site and its initial design, but the Medelec team took this in their stride and the issues were identified in the early design phases. The Medelec team was then able to recommend some practical solutions that were implemented prior to the project getting into full swing. This ensured that the process was as stress-free as possible for Adrian and the team.

The job was managed end-to-end by Medelec. From the initial plans being drawn up, through the design process, fit out and beyond. The result is a beautiful, contemporary space that is warm and welcoming yet practical for the team where they need it.

Understandably, Adrian and his team were once again delighted by the end result.

“Exceptional work by an experienced and hard-working team from Medelec”

Following our handover, we have been on hand for any and all areas that needed attention once in use. At Medelec, we ensure that we put as much emphasis on after-care service as when we are working on the job.

“Would highly recommend Aaron and his team at Medelec. Super friendly, easy to work with, a great experience and a hands-off, stress-free build.  Easy communication and great follow-up post-project completion.  His team is still there to help us from our first build together more than 10 years ago.”

Following another successful fit out with Adrian and his team, we are delighted to be working with them on another three locations in the near future. 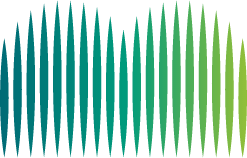